All the King’s Horses: Storytelling in Traumatic Brain Injury Cases 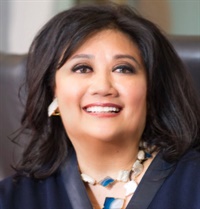 Deborah Chang is the founder of Athena, a trial lawyer, and Of Counsel with Panish Shea & Boyle LLP in Los Angeles. She focuses her practice representing plaintiffs in complex catastrophic injury/wrongful death cases and has achieved some of the highest verdicts and settlements in the country.

Deborah has been an integral part of the trial teams in significant and important trials, including the Michael Jackson wrongful death case, the first ASR model hip implant trial tried in the country, and a nightclub liability case resulting in a $160,500,000 verdict that led to necessary changes to the security guard industry. Many of her cases of first impression led to vast improvements in standards and protocols that enhanced safety for the public, including the following:

•    A record $17 million verdict in wrongful death of adult child that ensured that visually impaired patrons using trains would be protected from falling in the gap between cars–thereby setting the stage for changes throughout the industry nationwide (Cuthbertson v. LACMTA).
•    After a nearly ten-year battle in the trial court, Court of Appeal and California Supreme Court, Deborah prevailed in a landmark case that established that colleges and universities in California have a duty to protect students from known dangers in the classroom (Rosen v. The Regents of the University of California).
•    Bringing the first class action in the country on behalf of prisoners with AIDS in a maximum security prison, which led to a landmark settlement that established medical, programming, and housing protocols nationwide and was cited with approval by the 1991 Report to the President and Senate by the National Commission on AIDS. She thereafter drafted enacted Connecticut legislation that permitted the release of terminally ill prisoners, and established the first medical scholarship for individuals pursuing a nursing degree to work with patients with AIDS.
•    In 1996, she brought the first lawsuit in the country based on the Violence Against Women Act of 1994, 42 U.S.C. section 13891 (VAWA) and successfully argued for the uphold¬ing of the constitutionality of the statute in the first federal court to consider the issue. After reaching a settlement in the case, she lectured extensively on the issue of gender-motivated violence, and was a guest commentator on several national television shows regarding the statute, both before and after the United States Supreme Court eventually ruled that the civil remedy portion of the statute was unconstitutional.

Prior to her practice at Panish Shea & Boyle LLP, Deborah represented both plaintiffs and de­fendants throughout the country in products liability, commercial litigation, professional liability securities fraud, and complex torts cases. She previously served as local, regional, and national counsel for a variety of companies, insurers, and manufacturers, including AIG Excess and Ford Motor Company. Understanding how defendants and insurers analyze and prepare cases has been invaluable to Deborah, and helped her achieve record settlements and verdicts.
As part of her trial practice, Deborah has been extensively involved in jury research and focus groups. In 2000, she helped conceptualize and launch one of the first companies to provide online focus groups from a unique database of nearly 3.5 million Internet users. The service is used by trial attorneys and insurers in prominent cases pending throughout the country, and was recognized by The National Law Journal as a helpful tool for assessing the strength and value of cases. For over a year, she served as its CEO and General Counsel.