Introduction to Trial Advocacy: The Elements of Trial - Self-Study 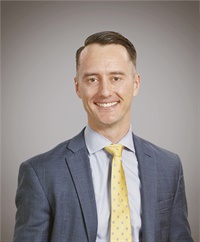 Outside of his practice at Walkup, he also teaches at the University of California-Berkeley Law School (Boalt Hall) as a lecturer in trial advocacy.

In addition to his teaching, he directs Berkeley Law’s external trial competition program and coaches multiple trial advocacy teams. Under Spencer’s guidance, the program has risen to national prominence, having won many national honors and distinctions, including several national championships.

Spencer is also a recipient of the Edward D. Ohlbaum Professionalism Award, an award designed to recognize a trial advocacy teacher and program director who exemplifies the late Professor Ohlbaum’s commitment professionalism, integrity, and honed proficiency.  The award honors an individual whose life and practice display sterling character and unquestioned integrity.

Spencer has also taught and lectured on trial advocacy and tort law at institutions including the University of Michigan School of Law, Universidad de Monterrey (Mexico), San Francisco State University, and UC Berkeley. Spencer has also been an invited lecturer at Baylor University’s prestigious School of the Trial, hosted annually in St. Andrews, Scotland.

Spencer has also provided ongoing legal education, including developing and co-chairing programs produced in conjunction with Berkeley Law, with a special focus on providing training to young attorneys. He has also co-chaired a presentation on governmental liability and design immunity, spoke to leading trial associations regarding governmental liability, made presentations on liability for commercial carriers, and lectured on the topic of liability insurance in the context of products liability.

After graduating with Highest Distinction from the University of Nebraska with a double major in Economics and Psychology, Spencer attended law school at Berkeley Law, receiving his J.D. in 2007. At Berkeley, Spencer was a member of the California Law Review as well as an associate editor for Ecology Law Quarterly. Academically, he won Prosser Awards in Legal Ethics and in Environmental Law.

Spencer’s main interest in law school was trial advocacy, both in Berkeley Law’s competitive trial advocacy program and its clinical programs. Clinically, he tried cases before Oakland’s Citizen’s Police Review Board. There, his responsibilities included representing people claiming violations of their constitutional rights at the hands of the Oakland Police Department. He successfully competed on several trial teams. He won the Bay Area trial competition held by the San Francisco Trial Lawyers Association. Additionally, in the National Trial Competition, his three-person team was a regional finalist, and he won two top advocate awards.

Spencer joined the Walkup firm in 2007, and practices all types of personal injury litigation in all courts within the State of California. 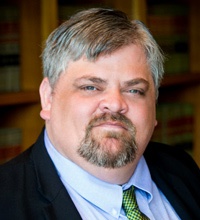 Robert Little joined the faculty of Baylor Law School as Director of Advocacy Programs and Lecturer in 2019. He graduated from Baylor University with a B.A. in political science in 2002, and graduated from Baylor Law School in 2005. During law school he was a member of the Order of the Barristers, various moot court teams, and various mock trial teams. In fact, in the spring of 2005, he was a member of the mock trial team that won a National Championship at the prestigious American Association of Justice Student Trial Advocacy Competition.

After graduating from Baylor Law School, Robert entered private practice in Waco, Texas with Naman, Howell, Smith & Lee, PLLC, where he was an associate in the trial section. In 2012, Robert became a partner at Naman, Howell, Smith & Lee, PLLC. Over the course of his almost fourteen years with the firm, Robert handled cases in areas like personal injury, construction, probate, commercial litigation, and appeals.

While serving full-time at Baylor Law, Professor Fraley also maintains a trial practice and actively tries cases. Periodically, her students have the opportunity to observe her in trial and are able to watch the techniques taught in her classroom put into practice in the courtroom.

Professor Fraley graduated from Newcomb College of Tulane University in 1985 before attending Baylor Law. While at Baylor Law, she was a member of the Baylor Law Review and active in national moot court and mock trial teams. Following graduation, she joined Scott, Douglass & Luton (now Scott, Douglass & McConnico) in Austin, becoming a partner in three years. Professor Fraley then opened Fraley & Fraley, LLP in Dallas in 1995 where she served as managing partner. The firm and Professor Fraley hold an AV Preeminent rating of 5.0/5.0 with Martindale Hubbell. She is admitted to practice before the U.S. Supreme Court and various U.S. District Courts. Her practice focuses on litigation and mediating medical malpractice claims, professional licensing claims, and business and commercial disputes, and she has tried more than fifty civil jury trials.

For years, Professor Fraley served as adjunct faculty for Baylor Law and SMU, teaching trial advocacy. She is a frequent faculty member for NITA’s Southern Deposition Institute and serves as trial faculty for the Notre Dame Law School Intensive Trial Academy. She also serves on the faculty of Baylor Law’s Academy of the Advocate in St Andrews, Scotland and works with the Law School’s mock trial teams.

Professor Fraley is a member of the American Board of Trial Advocates (ABOTA) and has served on the Masters in Trial team. She is president-elect of the Waco ABOTA Chapter. She is a member of the Abner V. McCall Inn of Court where she serves as a Master. She has been recognized as a Super Lawyer by Texas Monthly annually since 2004 and has been named a Best Lawyer in Dallas by D Magazine annually since 2011. She is a frequent CLE speaker and contributor. She is the author of the updated version of Texas Courtroom Evidence.

Professor Fraley is a half-marathon runner, a traveler, and the proud mother of three children, twins Zach and Alex, and Katie.

Nicholas Cotter is a third-year law student at the UC Berkeley School of Law. He is a member of the Berkeley Journal of Criminal Law, a Research Fellow for the California Constitution Center, and a member of the Asian Pacific American Law Student Association (APALSA). Nick also serves as a co-director and competitor for the Berkeley Law Trial Team. Before attending Berkeley Law, Nick earned a master’s degree in Music Performance from CSU Long Beach and bachelor’s degrees in Music and Neurobiology from UC Berkeley.

Nick’s first introduction to trial advocacy came in 2011, when he competed for the Prospect High School mock trial team in San Jose, California. That year, he was a Santa Clara County Champion, competed at the California State Finals, and was named the top pre-trial defense attorney in the state. At UC Berkeley, he was a four-year competitor for the Cal Mock Trial team. During his time in the program, Nick earned 11 individual awards, including All-Region, All-National, and All-American honors. In 2015, his team finished second in the nation at the National Championship Tournament. At Berkeley Law, Nick earned top finishes at several national trial advocacy competitions.

As a coach, Nick has worked with teams at both the high school and college levels. Since 2013, Nick has coached high school mock trial programs throughout California. His students have earned recognition as top competitors at the county, state, and national levels. Since 2016, he has served as a coach for Cal Mock Trial, where he has led teams to top finishes at invitational, regional, and national tournaments.

Nick contributed hours to this project behind the scenes.  Although he doesn't appear on camera, this project is measurably better for his involvement.

After graduation, Nick plans to pursue a career in public defense.