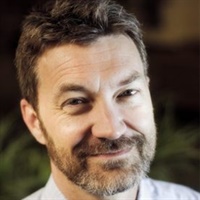 Glen Zielinski is a Chiropractic Physician and Board Certified Functional Neurologist. He graduated Suma Cum Laude from Parker College of Chiropractic in September 2000. He was the Valedictorian of his class, and received numerous awards including the largest scholarship in the chiropractic profession. He completed his neurology training with the Carrick Institute for Clinical Neuroscience, graduated first in his class, and became board certified as a Chiropractic Neurologist in 2003. He was immediately hired as an Assistant Professor of Neurology with the Carrick Institute. He has lectured for thousands of hours on Functional Neurology to chiropractic, medical, osteopathic, and naturopathic physicians throughout North America and Europe. He has qualified hundreds of doctors throughout the world to sit for board examination in Functional Neurology. He has completed fellowship programs in Traumatic Brain Injury Rehabilitation, Vestibular Rehabilitation, Movement Disorder Rehabilitation, Childhood Neurodevelopmental Disorder Rehabilitation, and Clinical Neurochemistry. He has published on mechanisms of post-concussion syndrome. He continues to lecture throughout the country on functional medicine management of neurological, neuropsychiatric, and autoimmune disorders.

He founded Northwest Functional Neurology in 2006. Patients travel from all over the world to have Dr. Zielinski attend to their care. Patients that live down the street regularly share his waiting room with people from Norway, Australia, and all points in between. His practice focuses on severe traumatic brain injuries, post-concussion syndrome, movement disorders, disorders of gait and balance, and disorders of childhood neurological development.

He has helped celebrity entertainers and musicians, professional athletes, Olympic Gold Medalists, and World Champions recover from neurological injuries and maximize their performance.

His work was recently featured in the Netflix series Afflicted, which focused on sufferers of chronic diseases.

He splits his (alleged) spare time between activities as a musician, martial artist, winemaker, and fending off sneak attacks from his children.