Greg Cusimano is the co-creator of the Jury Bias Model™ (with David Wenner), a member of the American Board of Trial Advocates, Best Lawyers of America, Superlawyers, and has been heavily involved with AAJ for much of his career. He is co-editor of ATLA’s six volume text Litigating Tort Cases. He is one of few to receive the Lifetime Achievement Award bestowed by the American Association for Justice (formally ATLA®). Cusimano is also a member of the American Society of Trial Consultants in his role as a founding principal in Winning Works, LLC. 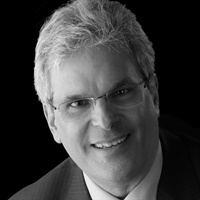 Edward H. Lazarus is a partner in the trial strategy firm Winning Works, LLC. In addition to working with lawyers in private practice, Lazarus’s clients include political campaigns, bar associations, other professional associations, and political candidates in the US and abroad. Lazarus has done work for ATLA (now AAJ); many state Trial Lawyer Associations; the State Bar Associations of Arizona, Florida, Massachusetts, Nevada, and Hawaii; the state courts in Arizona, Hawaii, Massachusetts, Maryland, and Idaho; and specialty bar associations nationally as well as in more than half of the states in the US and several provinces in Canada.

From 2000 through 2004, Lazarus was the Senior Vice President of State Affairs at ATLA (currently AAJ). In that capacity he assisted state trial lawyer organizations with legislative research, political, legislative, and organizational advice.

In 1994, Lazarus served as Assistant to the Chairman of the Democratic National Committee (DNC) in charge of Strategic Communications, directing the Research and Communications departments of the DNC. Lazarus developed message strategy for the DNC, and coordinated message and communications strategy among the DNC, the White House, and the House and Senate Democratic leadership.

Lazarus was a founding partner in the political polling and campaign strategy firm Mellman & Lazarus from 1981 through 1993. Among his clients were then US Senator Al Gore; Senate Minority Leader Tom Daschle (SD); Representitive Dick Gephardt (MO); Senators Harry Reid (NV), Barbara Boxer (CA), Carl Levin (MI), Ron Wyden (OR), Howard Metzenbaum (OH), John Glenn (OH), and Dan Akaka (HI); as well as many other members of the US House and local elected officials.. 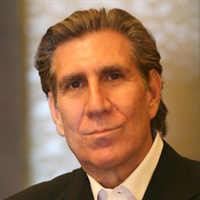 As a partner in the Phoenix law firm of Snyder & Wenner, P.C., Mr. Wenner has spent the last two decades prosecuting wrongful death and catastrophic injury accident cases, speaking to lawyers across the country on juror bias and decision-making, and creating a successful juror bias model.